Player information:
- Age & Location: 24 Texas
- Number of Testicles: 2
- Do you use a blizzard authenticator? If not, why? Yes
- How long have you played WoW: 11 years
- Endgame experience (What bosses have you killed): aotc guldan/xavius, ce ghuun
- Prior guild(s) & your reasons for leaving: Weekend Warriors: IRL friends guild, wanted to raid on a mythic level. PTSD: guild fell apart due to attrition/officer drama. Malus Nexu: First guild I got CE with, looking to raid more and push higher into the rankings than Malus is currently aiming to do.

Character Information:
- Name & Class: Wuchan, BM
- Link to battle.net Armory: https://worldofwarcraft.com/en-us/chara ... rne/Wuchan
- Main-spec, off-spec, and how often do you play your off-spec? BM/MM I avoid playing MM unless it becomes FOTM. If a different play style is required for a fight, I'd rather play my rogue. My reasoning behind this is anything MM can do BM can do better, or just as well.
- Explain your normal rotation and spell/ability priorities: bestial wrath at 2 seconds on pull timer, prepot at 1 second on pull timer, murder of crows (fight target priority dependent), barbed shot, orc racial+galecallers+primal instincts(fight dependent, ie, ill only use galecallers/BW on fetid, mythrax, zekvoz because of add spawn timing.), barbed shot, kill command, cobra shot x2(unless barbed shot procs then x1, or have lust and galecallers up then x1 and x1 KC), KC, chimera shot. Normal rotation priority takes over here(assuming PW style fight not including CD timings),3 stacks of frenzy,crows, KC>CH.S(if >=2 targets CH.S>KC), CS
- Explain your choice of gear for main & offspecs (include stat priorities and breakpoints): My gear is simmed, soft break point for uldir was haste>crit for haste RA typically. Other than that haste is king for BW cd reduction, focus regen, and auto attacks. While keeping crit/mastery relatively close. I also aim for 1-2% vers at most.
- Where do you do most of your research & testing to improve your character? sims, logs, practice, watching gingi/rogerbrown and mimicking their positioning when applicable.
- Why should we accept you over anyone else of your class/spec? I'm very new to mythic raiding as I never really took wow seriously. In the past I was focused on being competitive in other games. However when league nerfed ADC's and supports became 100% the determining factor in bot lane, I switched my focus to wow. I bring a highly competitive and progress oriented mindset to raid, and leave the memes until after raid. Mechanics>DPS I actively try and help with everything I possibly can unless assigned differently. An example of this is when orb running on Ghuun I will always have a spirit mend for my partner who is dunking the orb and use it as im dismissing my pet. I can list how I handle every mechanic in uldir, but no one has time for that. You will never see me tunnel visioning.

Other Information: I have a competitive gaming history, achieving high diamond in LoL, being a bot laner for a universities competitive league team, top 100 OSRS for a while, and a few of FPS rankings on GB for CoD4/MW2/MW3 and Halo3
- A Screenshot of your character's UI in a raid: 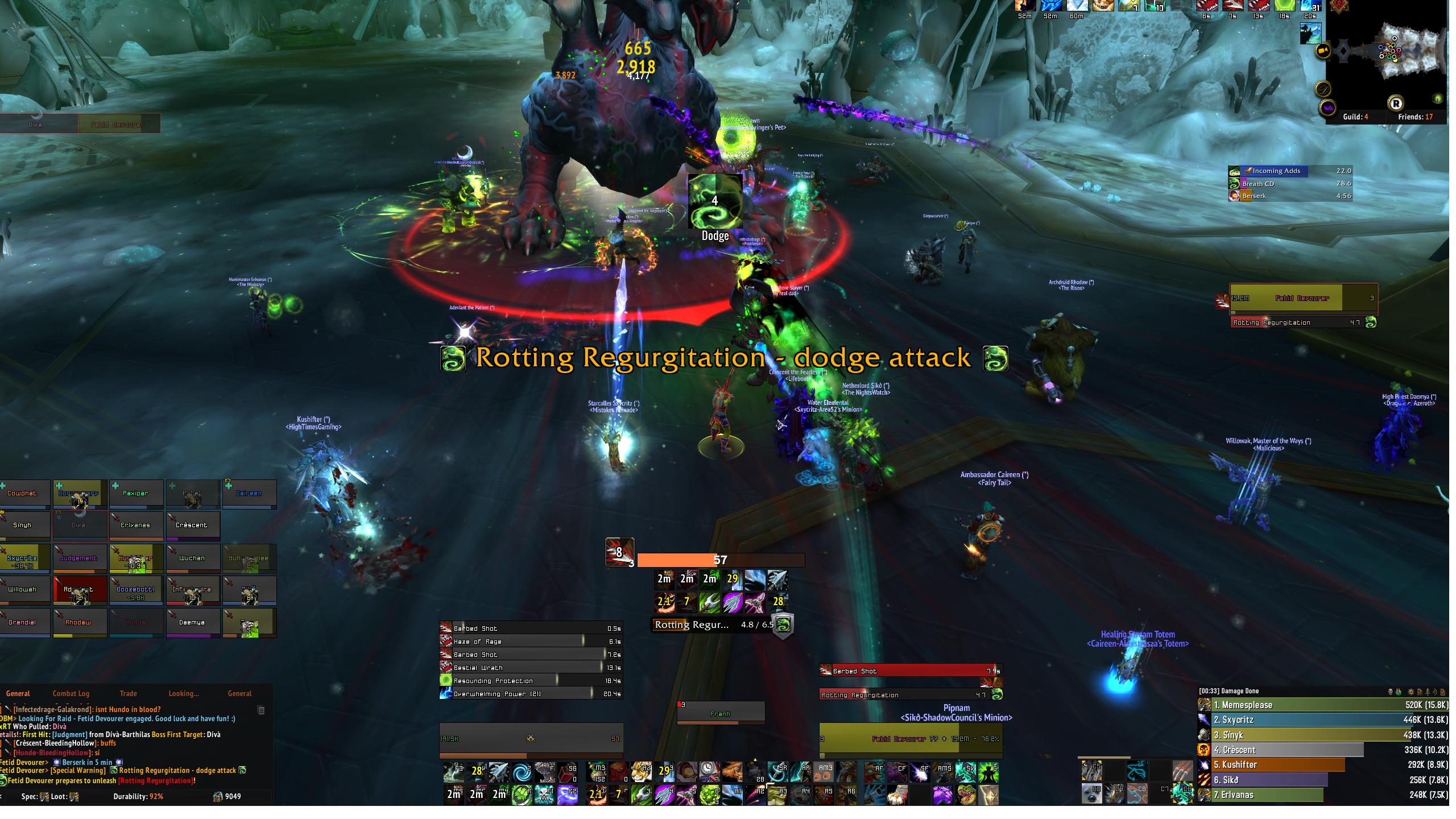 DBM timers move down right above focus bar WA when they are coming up
- Logs from warcraftlogs: https://www.warcraftlogs.com/guild/us/m ... lus%20nexu
- What kind of computer do you use? CPU/Memory/Video Card? Typical FPS during mythic raid? PC, i5 8600k unlocked, GTX 1070 OC edition, 32gb corsair Vengeance LPX
- Why Simple Math? How did you find us? Is there anyone you know in Simple Math? Thyo added me ingame. Simple Math looks like the next step towards what I hope to achieve this expansion. I don't know anyone in guild.
- Run a speed test and ping test targeting New York. Link the results below. - Finally, we ask that you draw a picture using MS Paint (Windows) or Paintbrush (macOS). 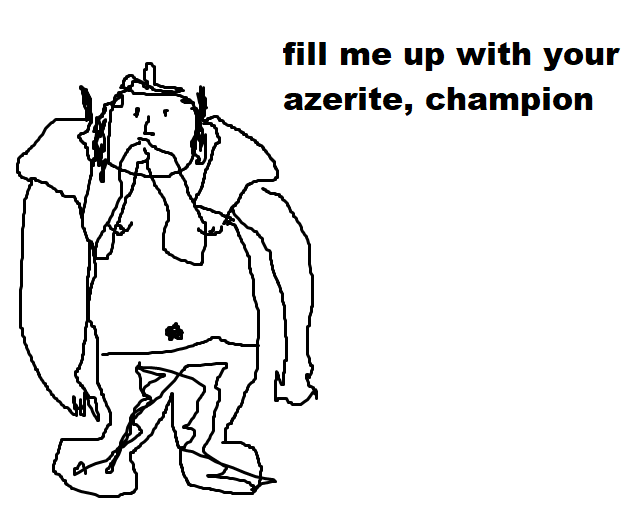 One question I have for you is that you said that we are the next step to what you're trying to achieve so that brings up the question of how long do you see yourself staying here as we are trying to build a very stable and capable roster heading forward.
Top

My honest answer is, as long as the guild continues to meet expectations of officers and raiders alike. Your Wowprogress says you'd like to push into US 100, thats what my goal for this expac is as well. If we didn't make it into the top 100 thats not a big deal, stuff happens. However I expect that we are downing bosses at a reasonable rate and raiding 12 hours a week as scheduled.
Top

Are you available tomorrow for an interview?
Top